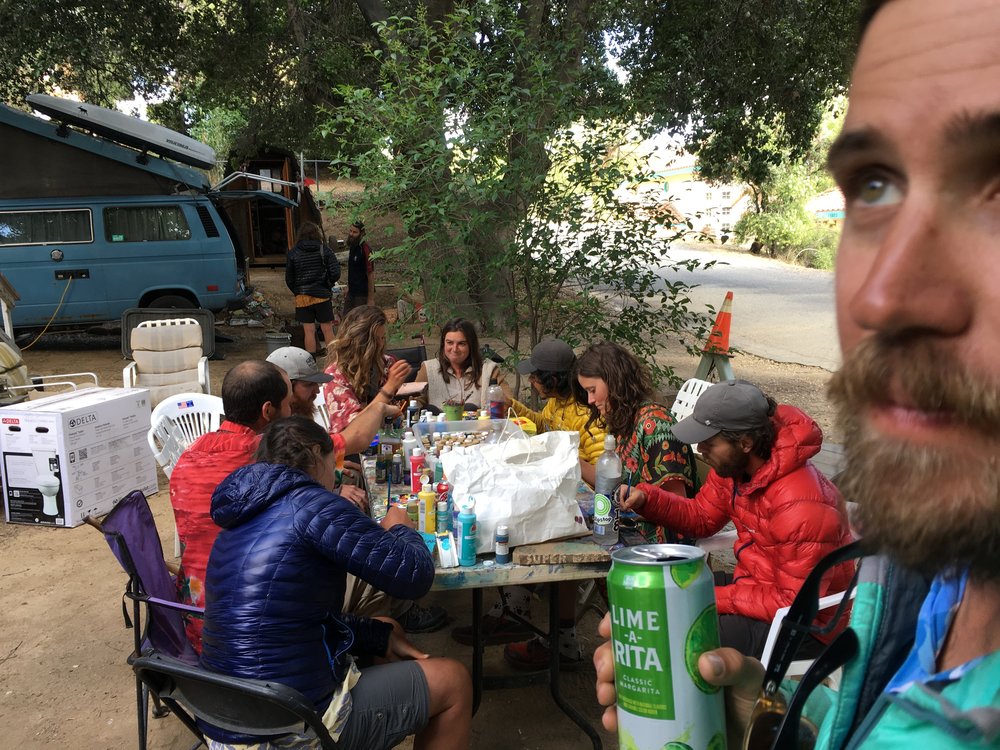 Me and Simba get to Casa De Luna in the afternoon on May 14, not knowing what to expect. Upon arrival we get hugs from Terri Anderson, the owner of the house, after we’ve picked out Hawaiian shirts. These are mandatory.

Closeup of Russel with rock painting in the back. Also dream car in the far back.

I look around the front yard and see people over by a table with a bunch of paint. They’re painting rocks. Naturally.

It quickly becomes apparent that this is a place unlike any other imaginable as we’re given the tour of the backyard. It’s a maze in the forest with countless tent sites and painted rocks. A place to get lost in. Something out of a fairytale. 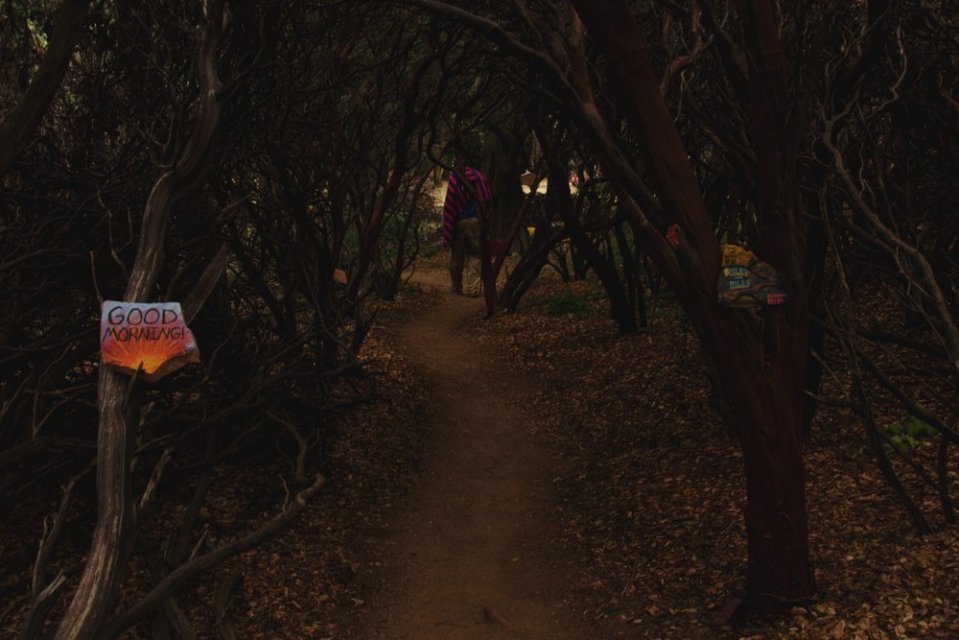 Entrance to the maze.

We play in the backyard and make music in circles before we are called for dinner. All the hikers are served the famous Taco Salad. Basically nachos with cheese, beans and some veggies.

The sun sets as we finish our meals. The music that has been playing in the background suddenly increases in volume. It’s time to dance for our bandanas. At Casa De Luna every person who hikes the Pacific Crest Trail gets a bandana that has the year and a map printed on it. You’ve got to dance for it though. That’s the fun part. So we dance into the night until we all have our own bandana.

The morning is slow and begins at 6:30am. That’s when homemade cinnamon pancakes are served. Not a chance in the world anyone would miss that.

We eat our breakfast as we say our last goodbyes to a magical place, jealous of the people who have yet to come here. 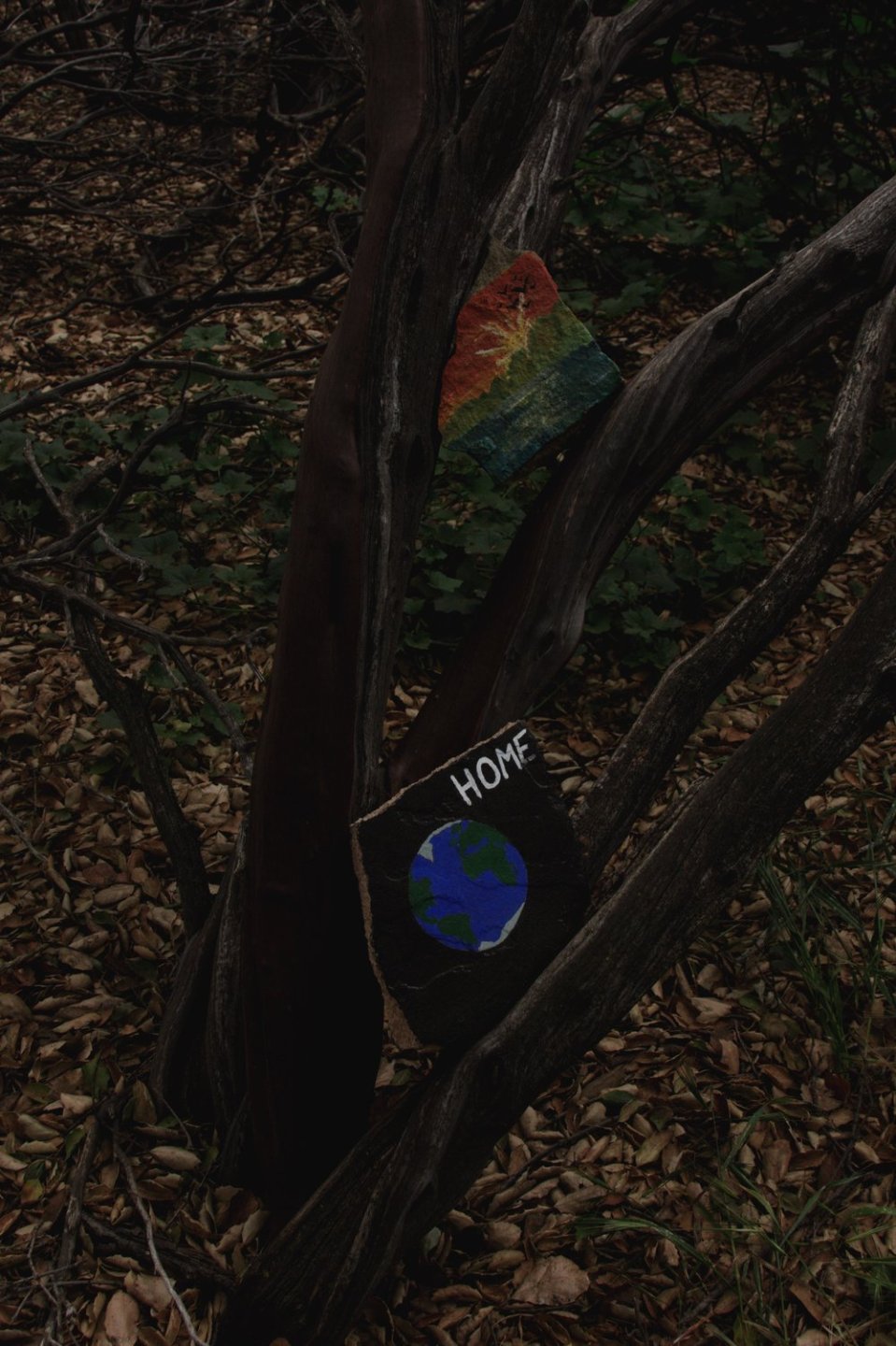