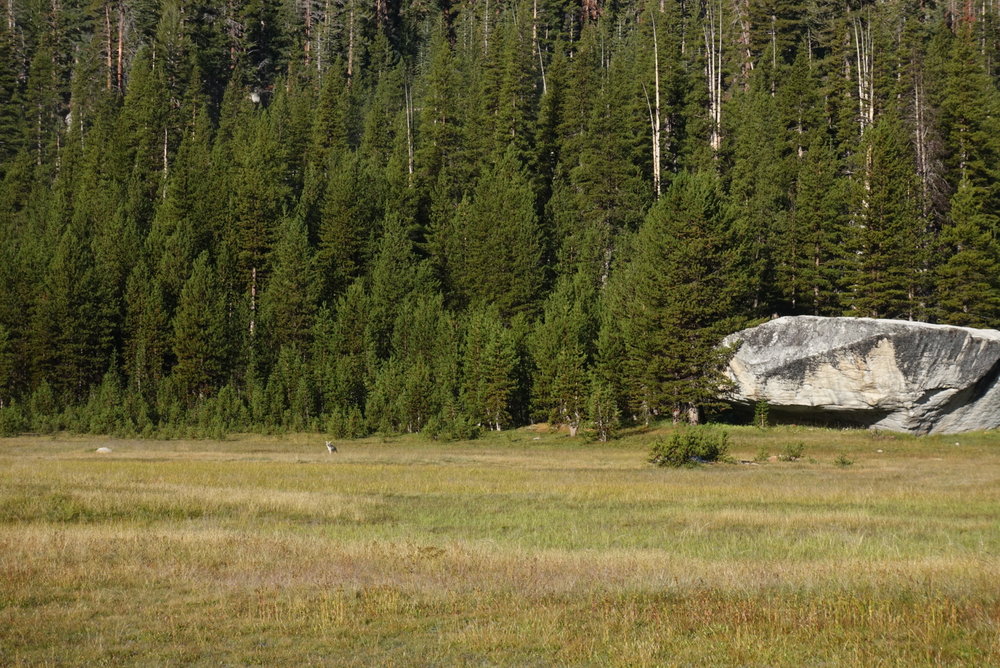 I woke up in the Truckee park on the fourth of September, walked around aimlessly for a while.

My heart sank once I looked at my bank account. All my money was gone. Someone had gotten ahold of my card information. Blocking my card, with only $50 in cash I left Truckee and picked the trail back up where I skipped to back in June. Donner pass. This time going south. 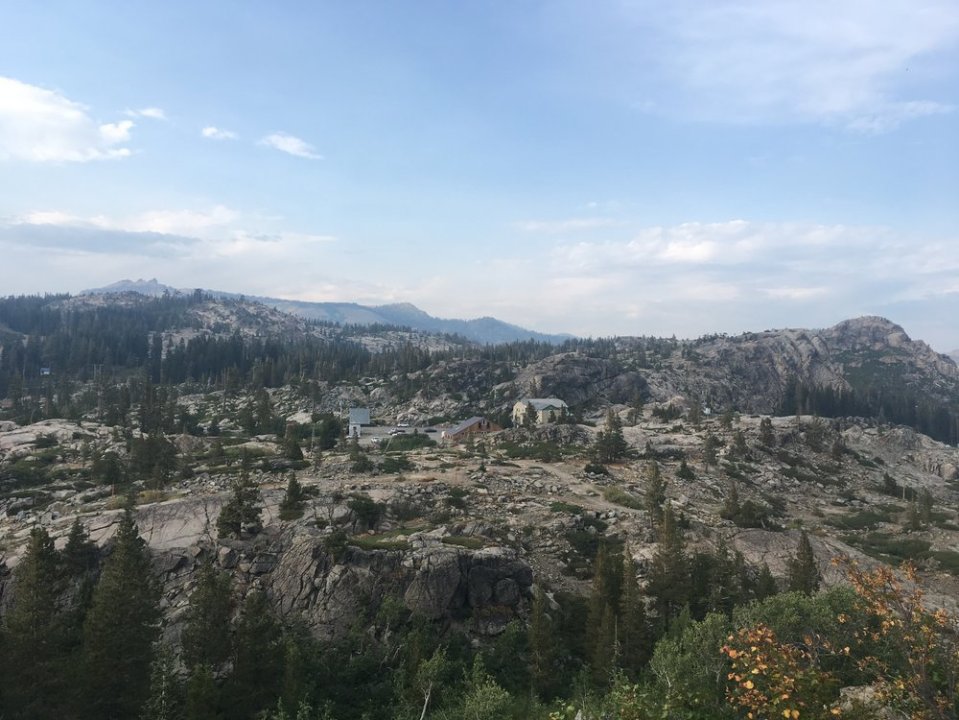 When you’re actually on trail, it has a funny way of making most problems seem insignificant. Money especially. Because there’s no way of spending it anyway.

The incredible people you meet on trail help a lot as well. This time specifically John (or True North) who shared a lot food and even money. Asking nothing in return. Truly acting out of a kind heart.

I’m having a new card sent to Mammoth, and need to be there before the post office closes for the weekend, which is a bit of a time crunch. Better get going.

The next town being South Lake Tahoe, the trail was winding along plenty of scenic lakes. During this time I got caught in thunderstorms. It even hailed finger nail size balls of ice. If you’ve ever been shot by a paintball gun, it felt a little like that.

In SLT I stayed at the Mellow Mountain Hostel, a cool hub for adventurous people coming through the Tahoe area.

The days following after Tahoe I was rained and thunderstormed on nearly every day. It works in an interesting pattern though. It’ll usually be clear all day until the afternoon, when the thunderclouds roll in. Pretty much around 3pm every day. 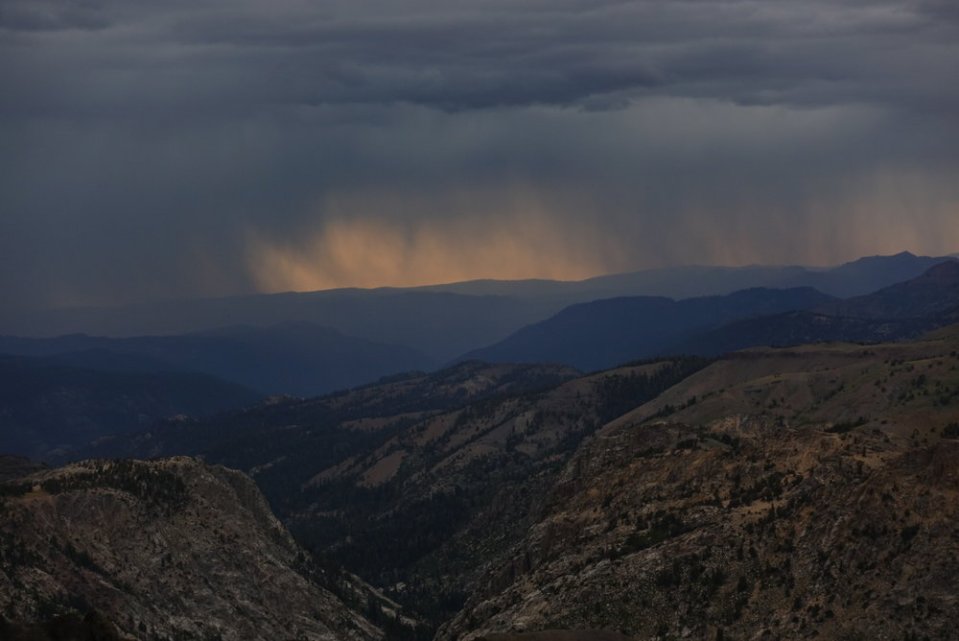 Once again I met fantastic people. This time a group of people on a day hike. They had a huge amount of food set up for the end of their day and invited me to join them.

I stopped at Hummingbirds cabin by Sonora pass and picked my required, horribly heavy and clunky bear canister Her uncles family was there and fed me dinner! The next day, Alicia, who was working at the General store, took me all the way back to trail. Almost an hour of her free time.

As you can tell, there’s a lot of kindness out here!

Leaving Sonora Pass, the scenery just got better and better. Unbelievably but truly so.

The trail started to go higher into the mountains. Cross bigger creeks. Dip into deeper valleys. That sort of thing.

Hiking is so fun.

As I was walking over a pass, a thunderstorm erupted and the hail was worse than ever. I walked as fast as I could and it cleared up a bit just before nightfall. Enough to set up a tent. That night I went to bed cold, wet and tired.

The next morning I walked down into Tuolumne Meadows in Yosemite National Park. And wow. Just wow. The frosty grass was glittering in the morning sun. Vapor rising from the cold ground. A little bit away, a coyote was traversing the meadow. 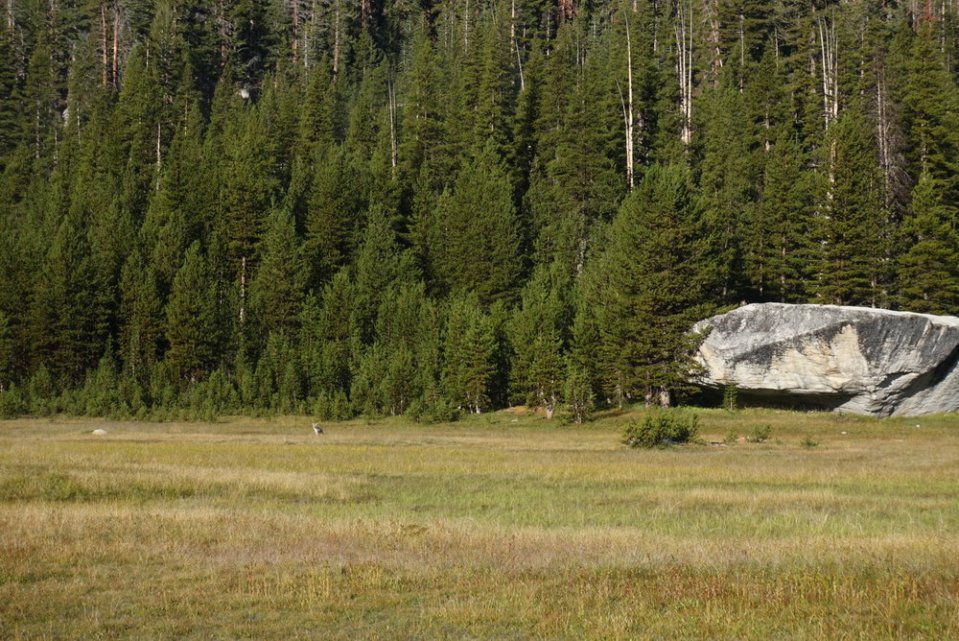 It’s only a tiny spot to the left, close to the edge of the forest. 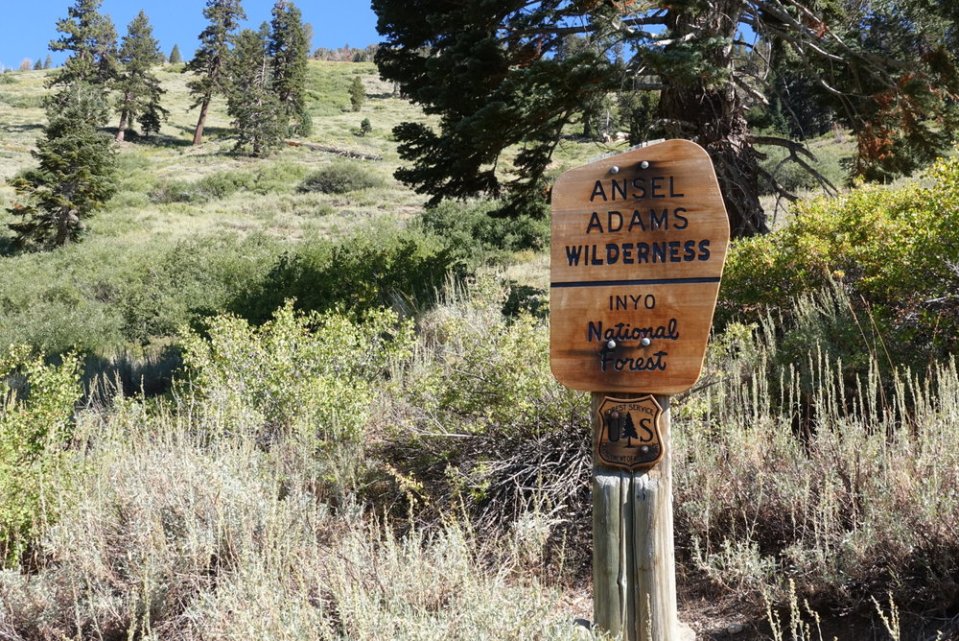 I walked through the dark that night, to make sure I got into town in time the following day.

The next day I got into Mammoth, with plenty of hours to spare. Happy to pick up my card, I went to the post office and… They didn’t have it…

With less than $10 in my pocket, I sat down on the pavement, feeling the most lonely and sad I had in a very long time…