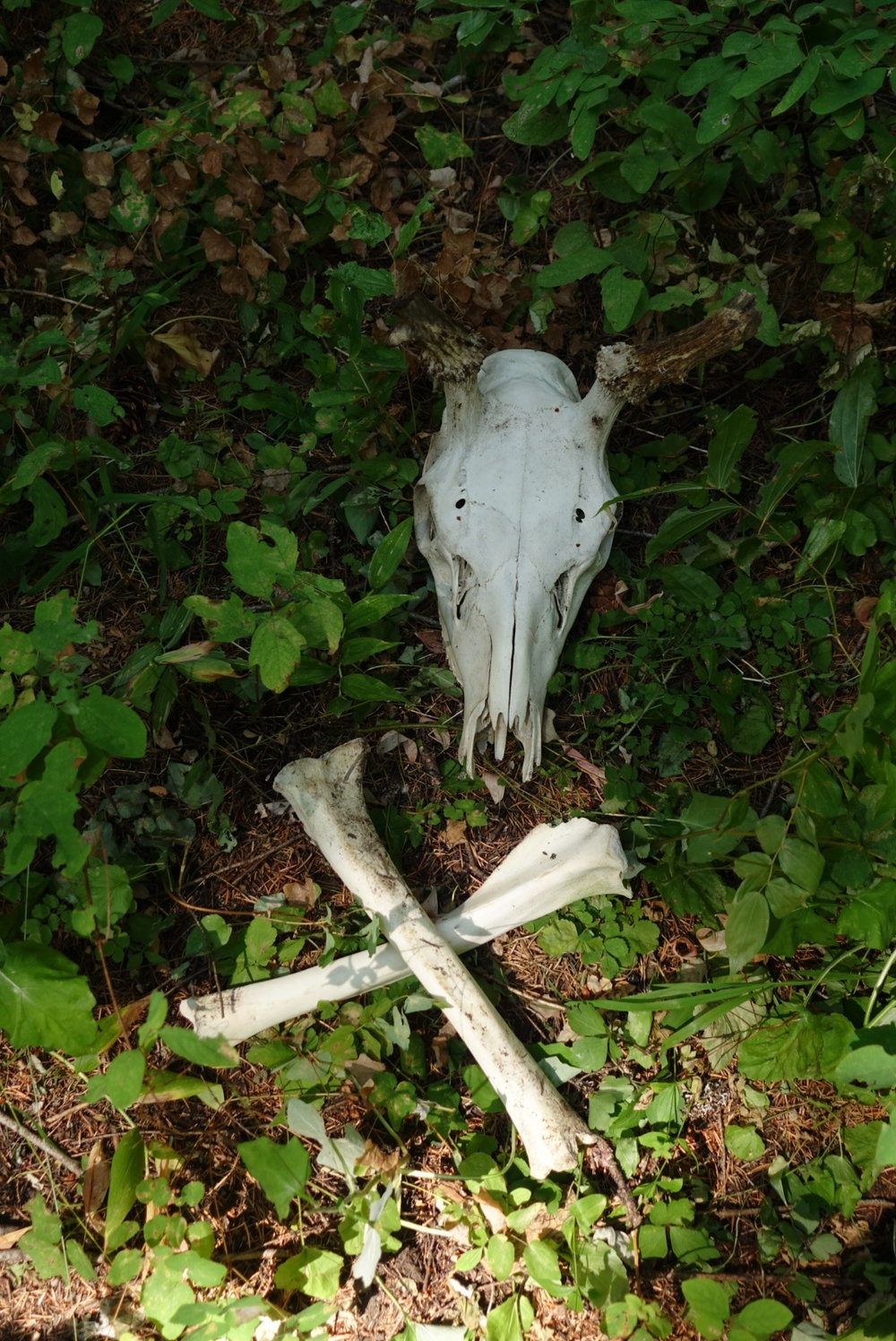 Entering into Washington was a surreal feeling. As if achieving something you never knew if you would. I’ve also been sure all this time that it’d be my favorite state. It’s well on it’s way being just that. 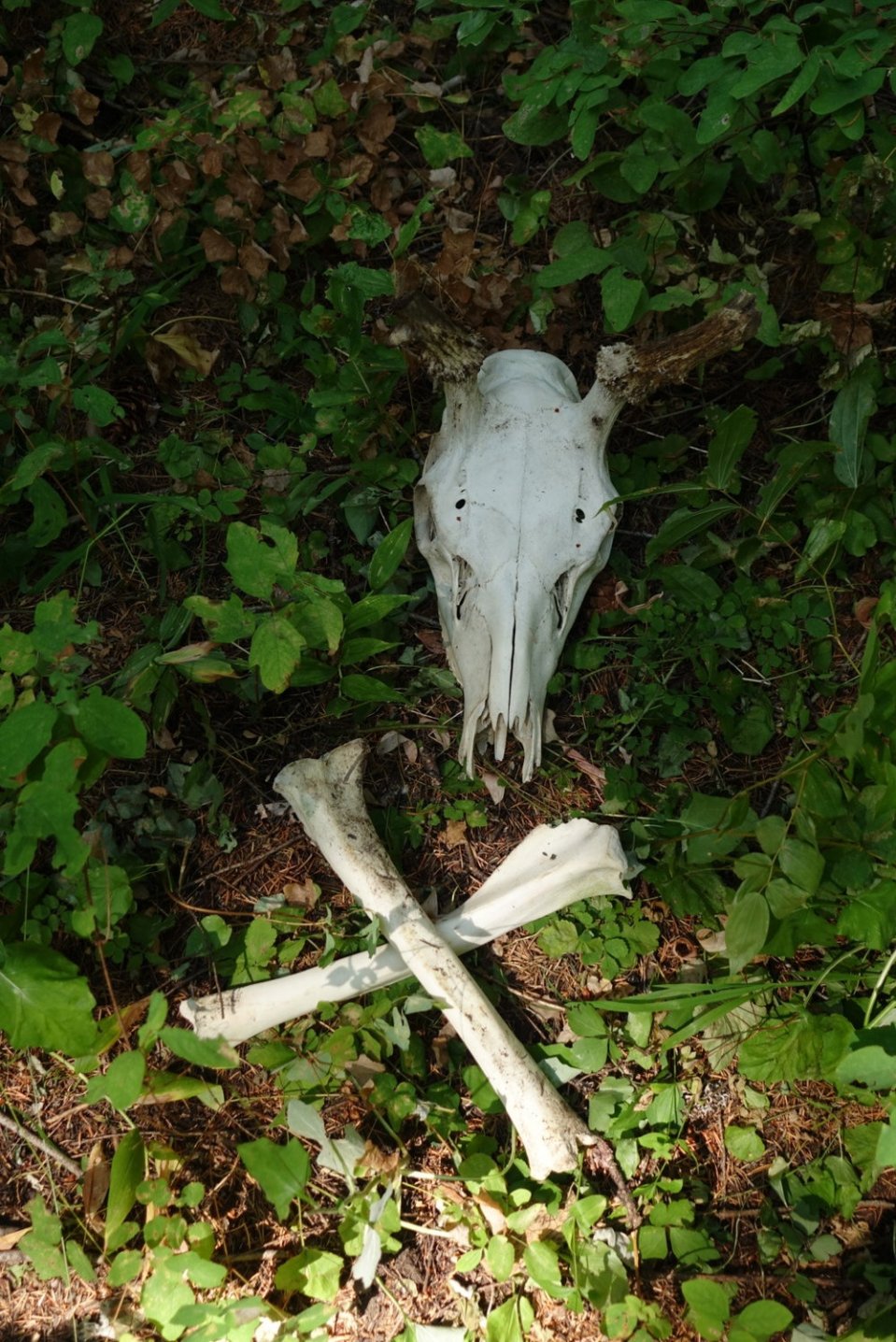 One of the first notable things I saw in Washington. Is this a sign? 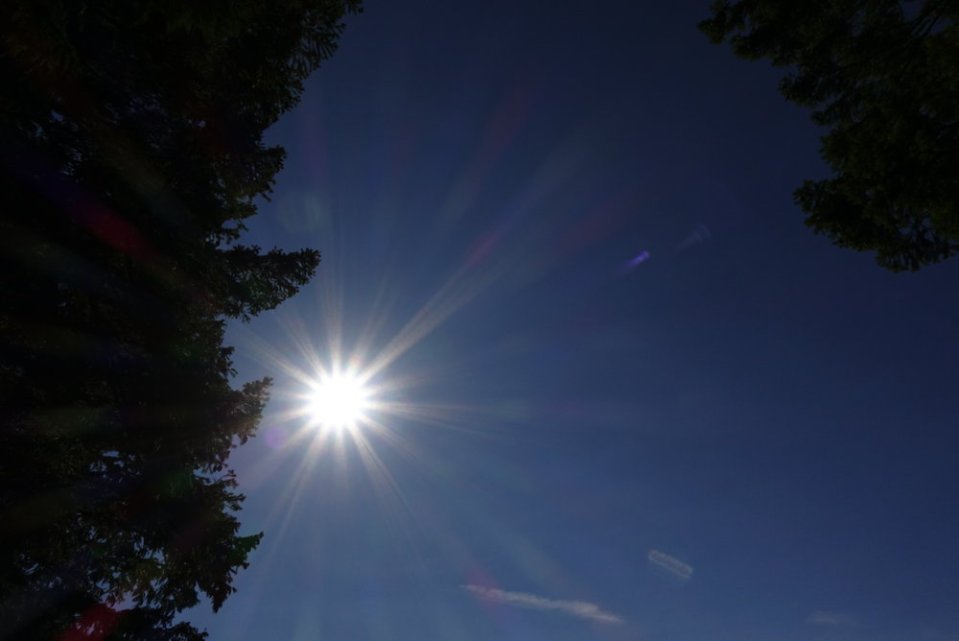 It’s supposed to be an eclipse…

The forests are deep and we are not the only ones who dwell in them. I ran into this guy, not scared of me at all. He kept walking towards me even though I made scary sounds and waved my arms wildly. After a while he looked up, unimpressed, and decided to turn around. He stood up the slope, looking at me as I passed. 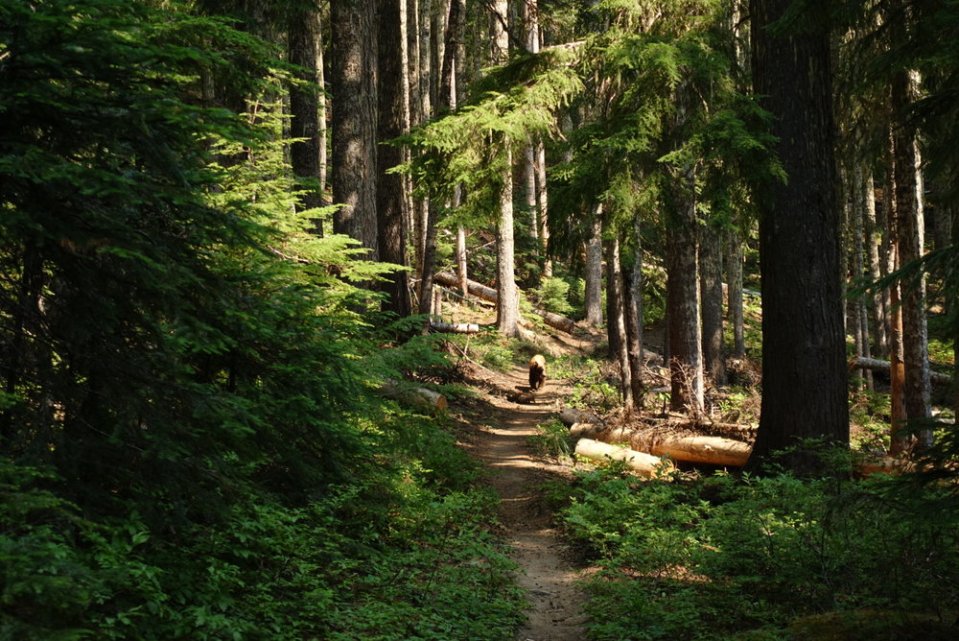 The first town of Washington is Trout Lake. It’s a charming little town with all you need for a relaxing day. It does, however, despite it’s name, not have a lake… 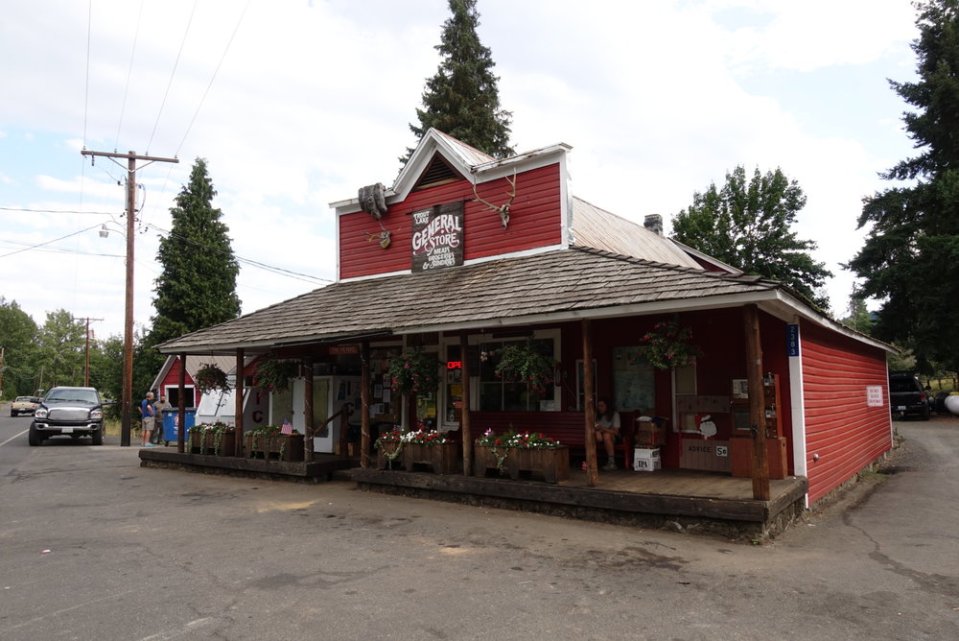 Up till this point the trail had been mostly forested. Now the real stuff started. I’m talking volcanoes, huge meadows and alpine lakes. 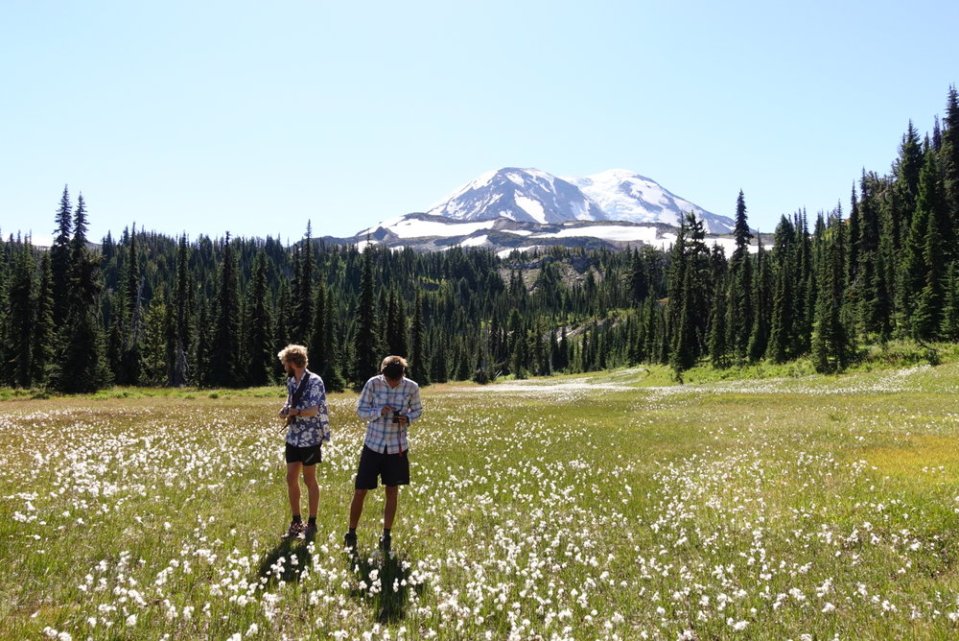 We shortly entered he famed Goat Rocks Wilderness. Why famed? Just scroll down and look at that view. Disclaimer: I did not see any Goats. I can’t confirm if they actually reside here. The rocks however, they were all there. 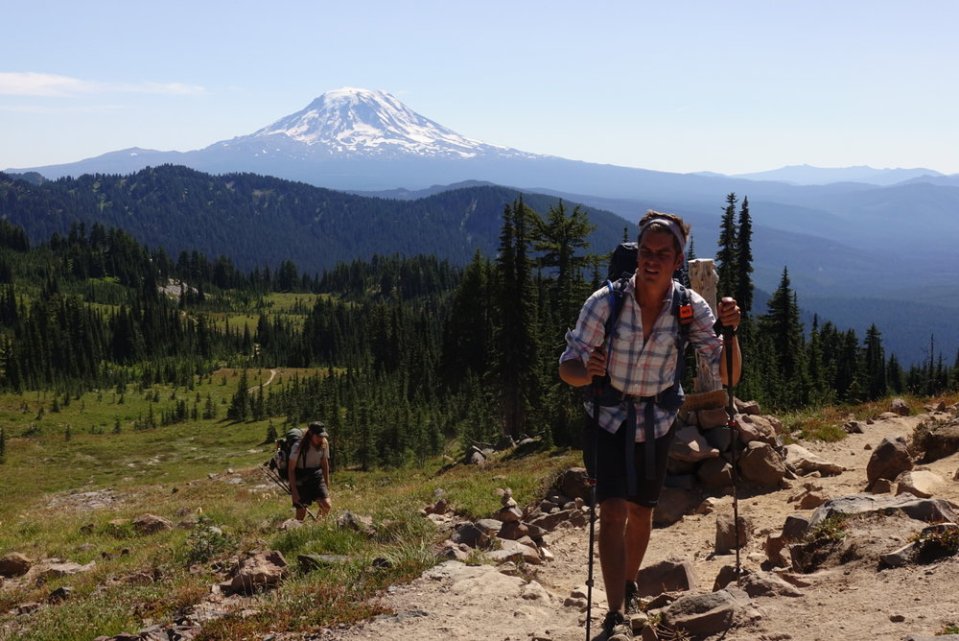 Cocoa and Simba, Mt. Adams in the background.

There’s a little alternate route that takes you up Mt. Old Snowy. Me, Simba and Necktie climbed it. Necktie brought his guitar and serenaded us on the peak. Outstandingly magical doesn’t even cut it. 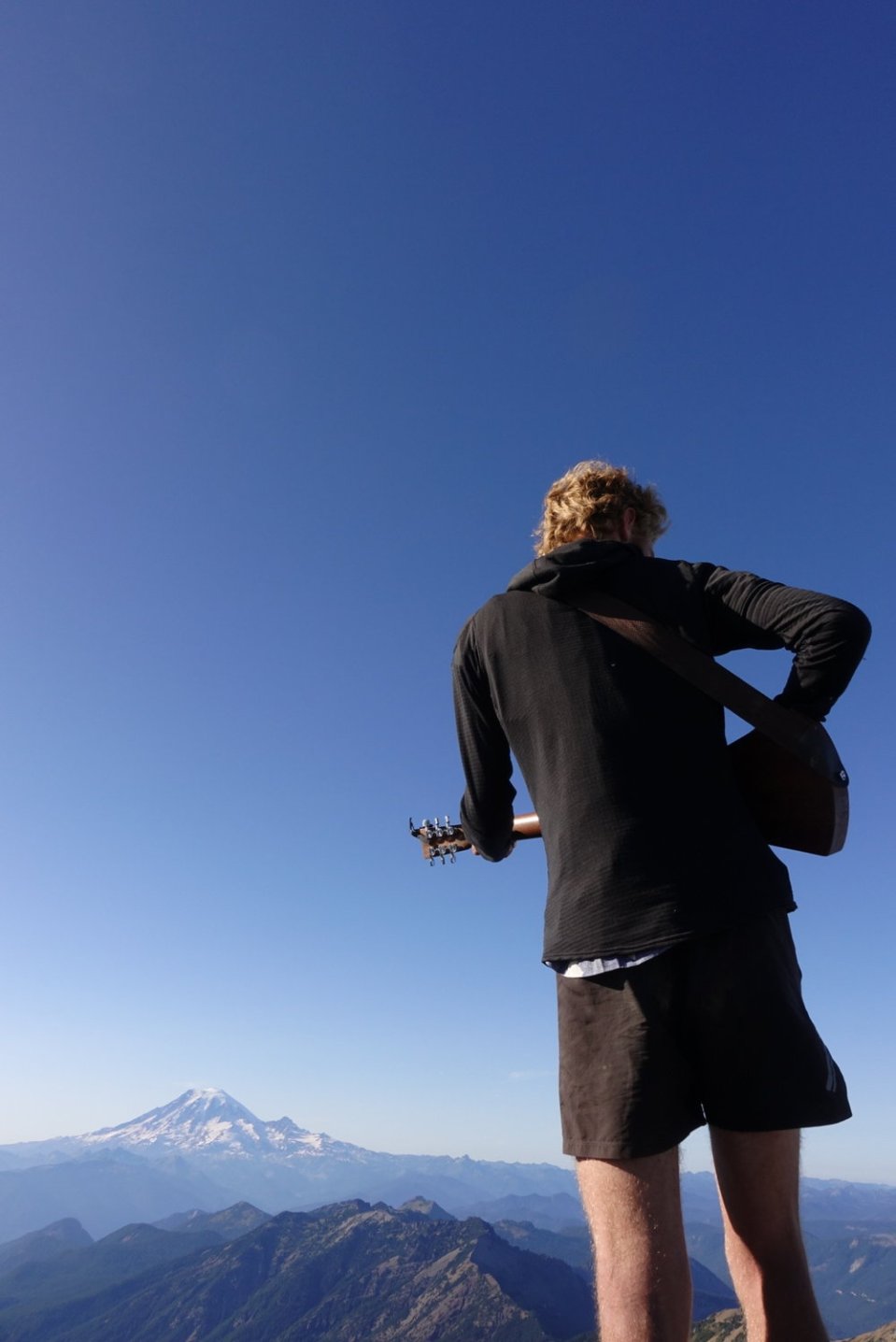 We camped on the side of Mt. Old Snowy and took lots of pictures as the sun set. 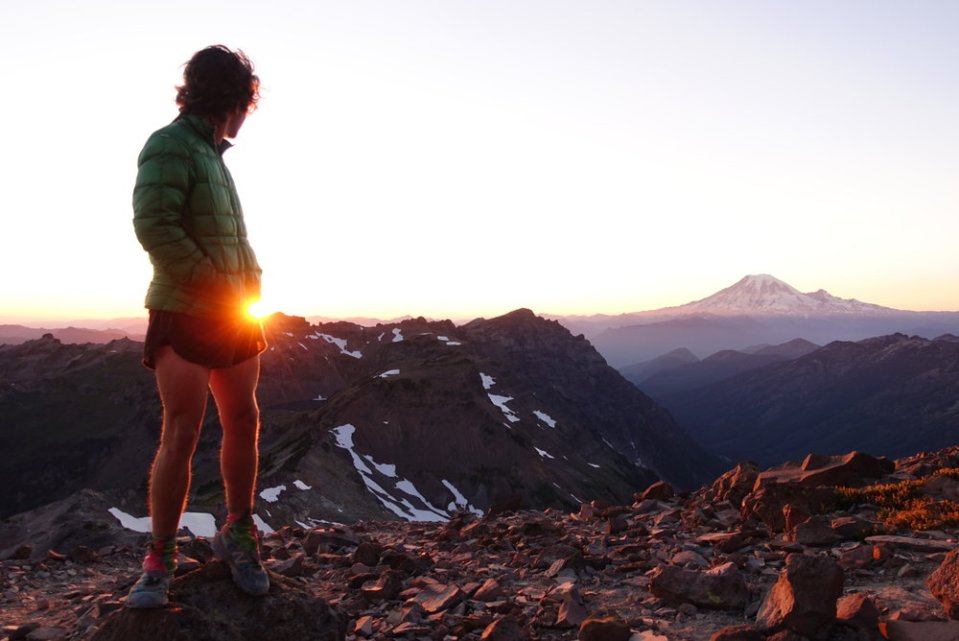 The next day, we walked along the knifes edge, a ridge line going towards Mt. Rainier. 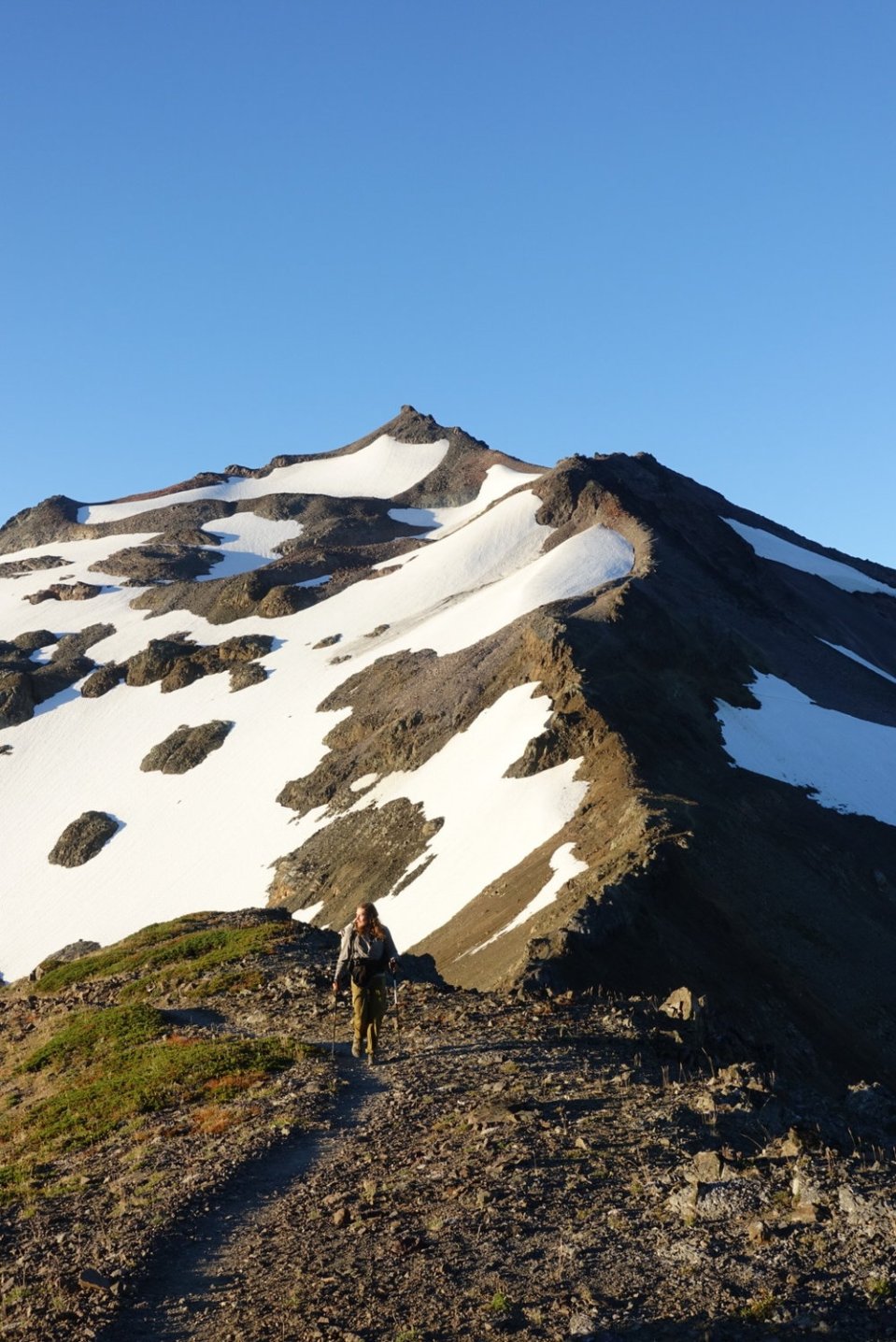 Simba coming down from Old Snowy. 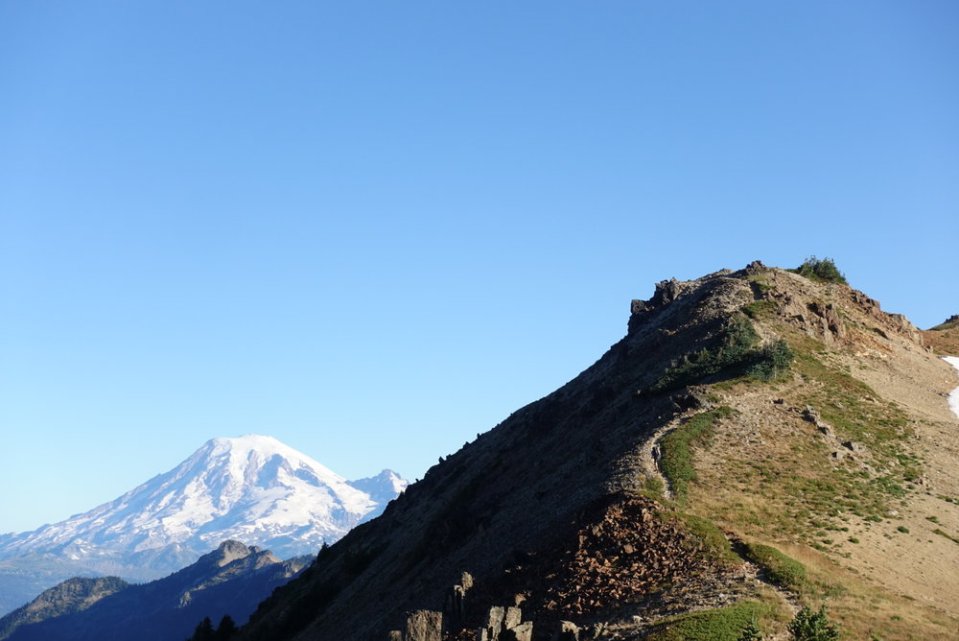 And that’s all for now. The Goat Rocks proved to be just as spectacular as they’re said to be. With panoramic views for an entire day and a half. This section left us beeming with joy, adrenaline rushing through our bodies.

I can feel it now. How finishing comes closer and closer. The feeling almost lies thick in Washington’s mountain air. It’s the most peculiar feeling. One of utmost joy, as well as gut wrenching anxiety. Being utterly content and entirely lost at the same time.