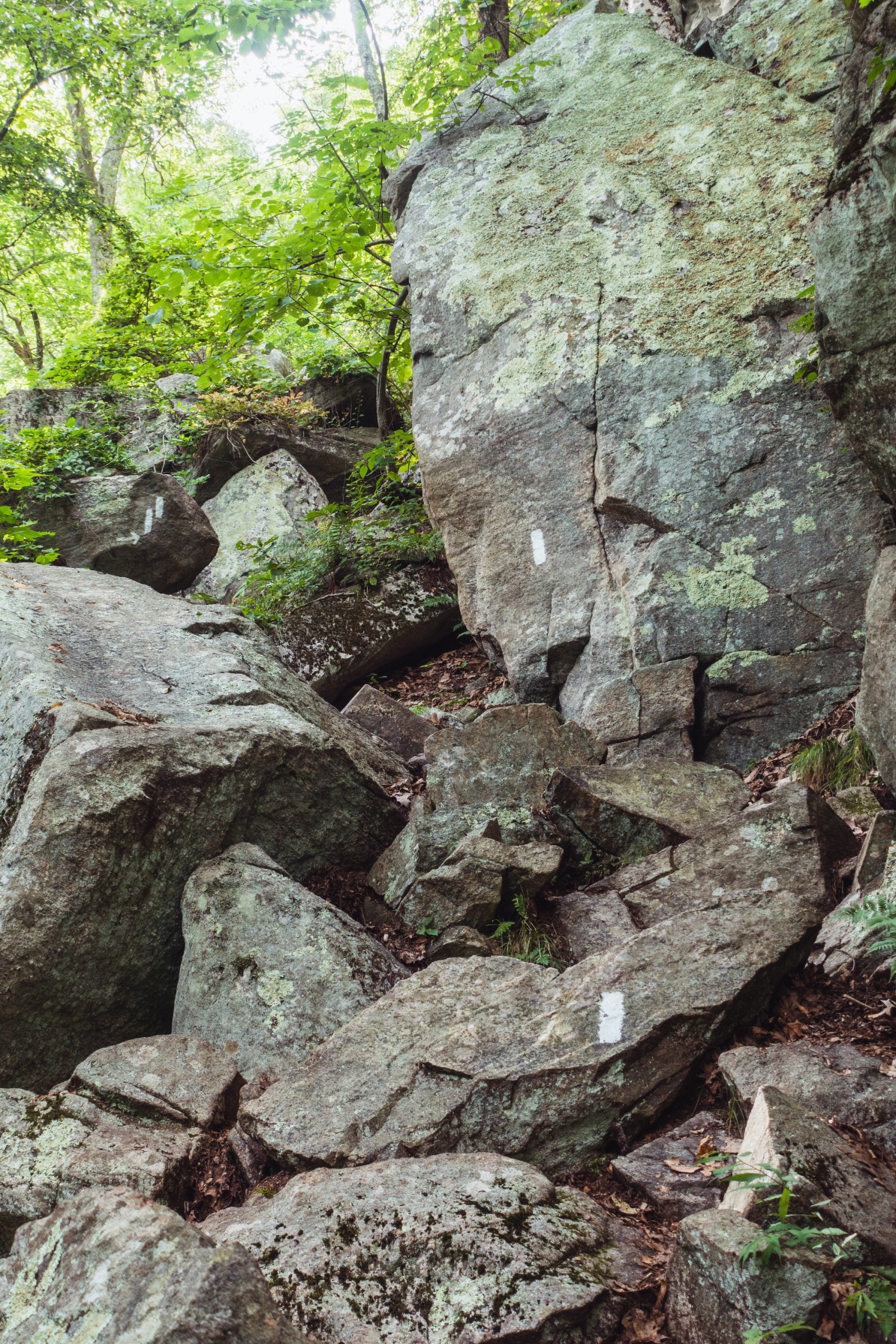 The Appalachian Trail goes through Connecticut for about 50 miles. It is not a long state, so this will either be a very detailed or a very short post. I’m struggling to remember what even happened for the 3 days I was in the state. So naturally you can expect a very high quality blog post.

The first day I crossed over from Massachusetts into Connecticut and immediately climbed a steep mountain. I think it was called Bear Mountain. But not the well known one in New York. This was the lesser known Bear Mountain, CT. Anyway I put on some music and powered to the top, at which I sat for probably an hour, enjoying the view over farmland and small towns.

I walked for a while before I stopped to meditate at another view called the Lion’s Head. Right after I was done I met a couple out for a day hike. We talked for over half an hour about the area and hiking and Sweden and other things. Meeting friendly people gives me a burst of energy, like chugging a cup of coffee without the caffeine withdrawal. As I was walking down the mountain I passed another pair of day hikers. I talked to them for a good amount of time and somehow, despite my incessant rambling, managed to inspire them to thru hike in the near future. Bursting with energy I more or less skipped down the rest of the mountain.

At a road crossing I walked into the idyllic town of Salisbury. Lots of people where out at coffee shops or just walking about town. It must have been a weekend. I quickly located the grocery store and did a small resupply before downing a pint of ice cream. When done, I walked back the road and hit the trail.

The following section followed the Housatonic River and passed Great Falls Village. It was all flat but I still didn’t enjoy it much. You could tell that it was well traveled and not very natural anymore. It was only a few miles and passed quickly however. Spirit caught up to me right before a road where her mom picked her up. Sun Chaser was still ahead. I got to a campsite where I was mostly alone and set up. It was still early so I had time to stretch and journal. Things I’d been trying to keep up everyday with varying results.

I went to sleep that evening feeling great, about the people I met, about the good weather and about the trail in general.

The next morning I tried leaving early. That didn’t happen. I left at 8am, which is not terrible, but certainly a late start. The trail was flat for most of the morning, which is how I like to start my day. That didn’t last, of course. The trail went vertical for about a mile and for a minute there I thought I had taken a hard fall, passed out and woken up in New Hampshire.

I made it up, not sweating a single drop. Ok that’s a lie, I was per definition swimming in sweat. The area was called (probably still is, I forget that all these places exist regardless of whether I’m there or not) Saint John’s Ledges. It had one view over forest and a lonely house. One that I desperately want to live in, given my life long search for solitude and, apparently, loneliness.

My fortress of Solitude

I camped before Mt. Algo at a shelter where I met a older German man who made a lot of wise remarks of which I heard only half. Not because of a chronically short attention span, but because of the fifty teenagers running around yelling. They we’re from several different colleges and were having their “lets-meet-in-the-woods-and-pretend-we’re-outdoorsy-to-get-to-know-each-other gathering”. I tried going to sleep and sometime around 10pm they fell silent.

The morning was wet and cold, and as the vengeful person that I am, I thrived in seeing the college students loathing getting up as I was already packed and ready. I left and never saw them again.

This day started less ideal than the previous one, seeing that I had to start by moving my legs in an upwards fashion. One they do not recognize before at least 10am. Against the odds I made it up. And down. And up. And down. (Trying to find ways of making what I do seem interesting when most of it is literally just that, up and down, over and over).

After the repeated ups and downs, I took a little side trip to resupply at Bulls Bridge Generals Store. When I got there Cheeto was sitting outside, enjoying some coffee. I ended up spending too much time and money there. But I left feeling great, so I still count that as a win? We were trying to make it across the border and to a road crossing with a food truck before it closed at 5pm. Spoiler alert: We didn’t make it. But hey, we tried.

Cheeto and I crossed into New York, but not before I managed to get one last fall in the mud. And with that I said goodbye to Connecticut. 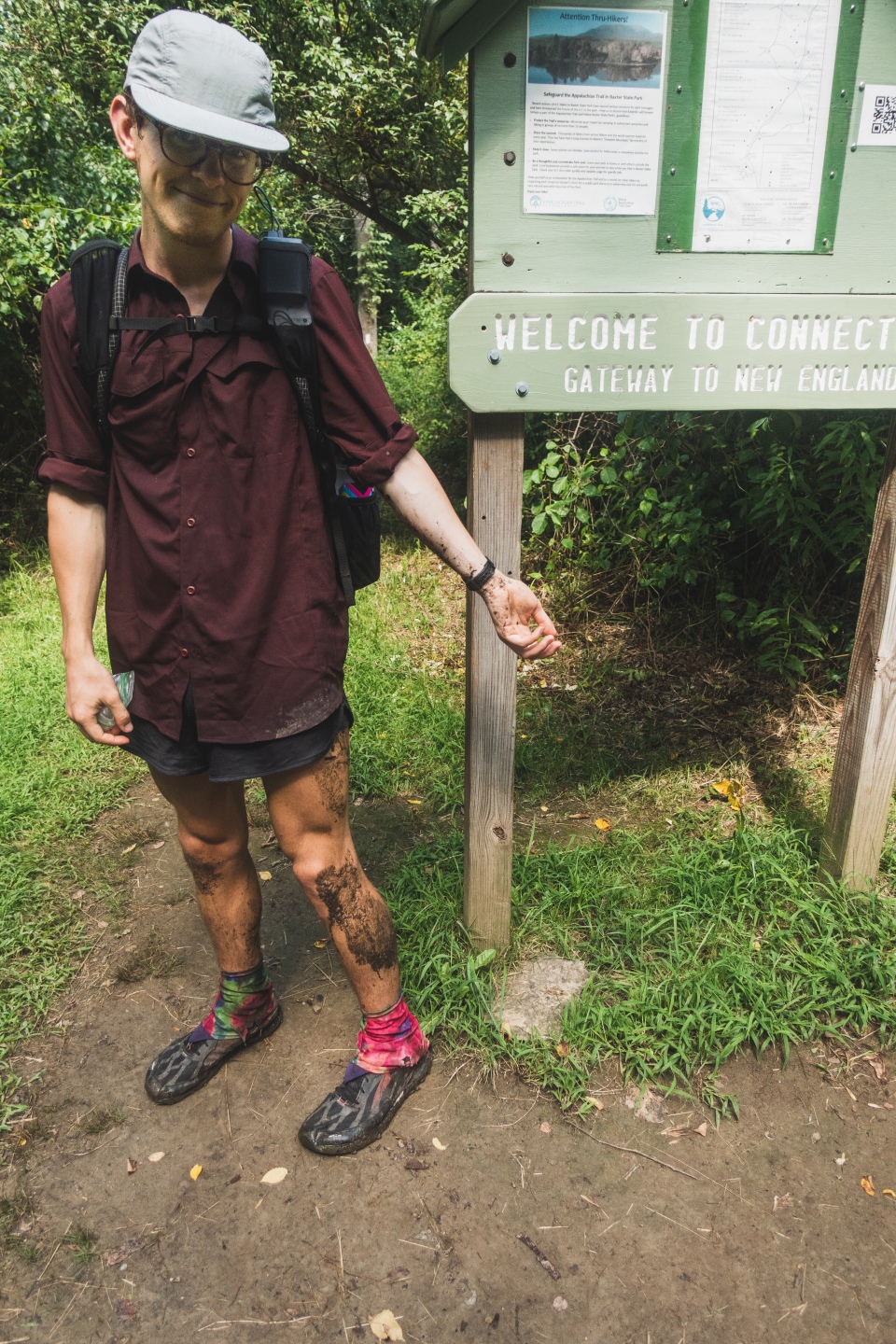