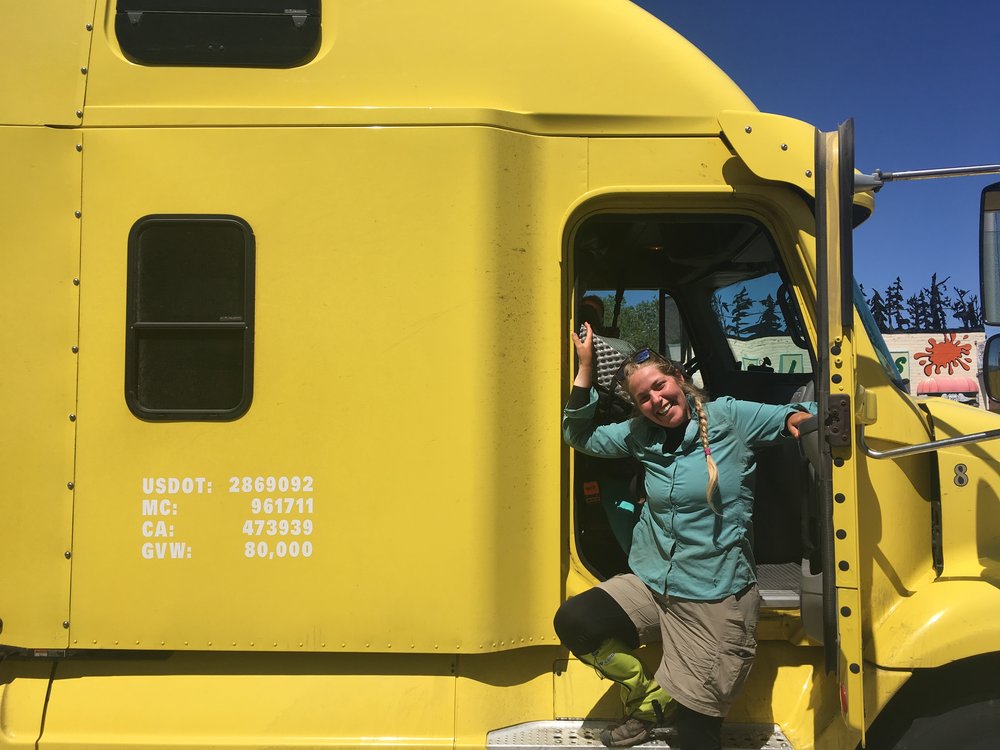 Like I’ve mentioned before, there are some amazing people on the PCT. And they come and go. Just like they sometimes do in real life. A lot has recently changed in my “Trail family”.

After several weeks of not seeing Simba or Snorkel, they finally caught up to me at the Burney mountain guest ranch!

Prince was ahead of me for a while before he decided to not hike anymore. He flew home to Denmark shortly after.

When I stayed a few days at the Burney ranch to wait for Simba and Snorkel, Rodeo continued. So now he’s further ahead in Oregon.

Rodeo At JJ’s after a loooong day.

Lone Wolf was hiking with Prince, but since he went home, she’s been soloing, a few days ahead of Rodeo.

Rodeo, me and Lone Wolf in Yosemite Valley.

Lastly, Hummingbird. So she’s the furthest ahead. She suddenly became a rocket and started doing 35 mile days. That puts her probably 300 miles ahead of me.

Hummingbird coming out of our hitch from Independence to Bishop.

So basically none of us are together. But wait, you ask. What about Snorkel and Simba? Well… Our reunion was short lived. Simba got sick in Mount Shasta and fell behind about a week. And for Snorkel… The last section he’s been trying to figure out if he wants to continue. Then he got sick in Etna. He also dropped his phone down a mountain shortly after.  It all became too much and he went to Seattle and is flying back to Maryland.

So I’ve been hiking alone for over a week now. And that’s great in some ways. But without realizing it, the people have become my favorite part of this trail.

It’s a beautiful thing how easy it is to let people in, when all you own is on your back, and you have nothing else to hide behind. These last few months I’ve met some of the best people I know.

But this trail is cruel. Almost mockingly so. Even though we all are heading in the same direction, we have to stay true to ourselves. That might mean hiking at a certain pace. Or or going off trail sometimes. And, harsh as it sounds, with that, you might not see some of your friends again.